Live an experience in....

"Venice beyond Venice..." among the most celebrated cities in the world, it is one of the most visited destinations by the mainstream tourism. Its churches, palaces, bridges, narrow streets, and canals make it undoubtedly one-of-a-kind..

Visitors must remember that the beauty of the "Queen of the Serenissima" is defined also by the less known islets of Burano, famous for its colorful houses, Murano for its artistic glass workshops, and Torcello, where there are the Byzantine Basilica and the Devil's Bridge.

The Unesco heritage jewel, owes its recognition to the work of the famous Renaissance architect Andrea Palladio. The medieval city walls embrace some historically and culturally relevant examples of Palladio’s architecture, such as the Teatro Olimpico, Palazzo Chiericati, where the Civic Museum is located, and Palazzo del Capitaniato, dominating Piazza dei Signori.

In the outskirts of Vicenza other remarkable villas are to be found, such as, Villa Capra known as "La Rotonda" and Villa Valmarana Ai Nani.
Near Vicenza, on the slopes of Monte Grappa, there are the two towns of Bassano del Grappa and Marostica. A landmark in Bassano, the birthplace of the Alpini Military Corps , is the renown Ponte Vecchio, where one can taste some grappa, a distilled typical from North Italy. Marostica on the other hand, is a walled city famous for the Living Chess Game in the main Piazza Castello, where about 600 figures dressed in medieval costumes take the audience back in time.

The city framed the Shakespearean tragic love story between Romeo and Juliet. Nowadays it is possible to visit the notorious Juliet’s balcony and her bronze statue.   Piazza Brà, the famous Arena (Roman Theatre),   Piazza delle Erbe, Torre dei Lamberti, the Tombs of the Scaligeri in Piazza dei Signori, Castelvecchio, the Roman Theatre, the Duomo and Juliet's Tomb.

Verona is surrounded by the scenic a viticultural zone of the Valpolicella. Here excellent food and wine are produced, that can be tested also along the shores of Lake Garda, Italy's largest lake and  the most family- and water sports-oriented of Italy's lakes.

A city of great artistic and cultural tradition, was declared a UNESCO World Heritage Site in 2021 for its 14th Century pictorial frescoes. The gems of this city include: Giotto’s wall paintings in the Scrovegni Chapel; the second oldest University in Europe (fifth in the world) where the astronomer Galileo Galilei taught; the historical Caffe’ Pedrocchi; the Basilica of St. Anthony, visited by pilgrims from all over the world every year; Palazzo della Ragione and the frescoes with the astrological cycle; the Museums of the Eremitani, the oldest Botanical Garden in the world , After a long day spent walking around the city, one must relax in Piazza delle Erbe, della Frutta e dei Signori where it is possible to enjoy a fresh spritz, a popular traditional cocktail drank as an aperitif.

The city was founded between two rivers, the Sile and the Cagnan.. This area is entirely crossed by small canals ,such as the Buranelli Canal and the island of Pescheria, enclose the historical aristocratic palaces and squares: Piazza dei Signori, the Palazzo dei Trecento, the Civic Tower, Palazzo del Podestà and the Loggia dei Cavalieri. The Casa dei Carraresi, almost always hosts exhibitions of international level.

A curious fact is that the symbol of the city is the Fountain of Tits. It was built in the sixteenth century to celebrate the election of the new mayor; every time a new one was elected, red wine gushed from one breast and white wine from the other. 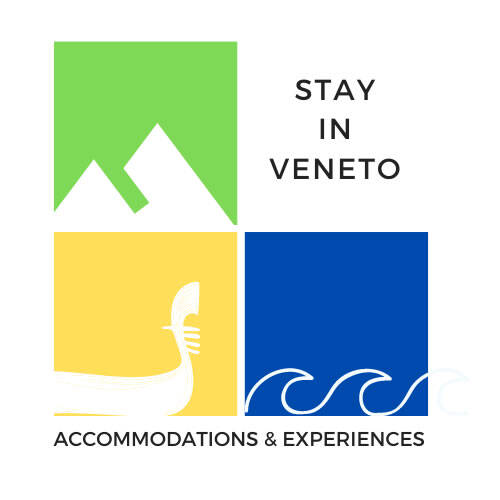